CRS is led by a veteran team of insurance executives with strong ties to our Colorado community. 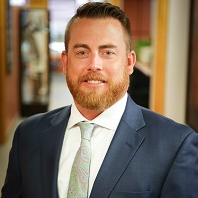 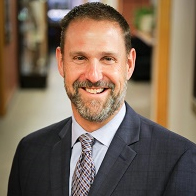 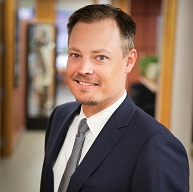 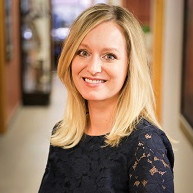 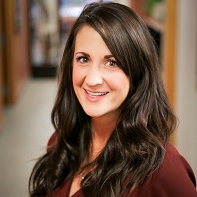 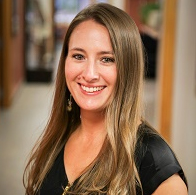 Our team is here to help you find the right coverage for your business. Please reach out to us at 303.996.7801 if you have any questions about your specific insurance needs.

Jeff began his career with CRS in 2005, becoming a Managing Partner in 2017. He started on the carrier side with what is now Nationwide Insurance and moved to a national broker in 2003. He currently serves as President of CRS.

He has served as a board member of the Rocky Mountain Masonry Institute since 2008 and served as board president from 2016-2017. Jeff was also involved in the Hispanic Chamber of Commerce as a committee member in 2011-2016 and as a board member from 2013-2015. Jeff graduated from University of Northern Colorado with a B.A. in Business Marketing in 2001.

When Jeff has free time, it is spent with his wife Tanya and running around with their six kids and granddaughter.

Scott began his insurance career as a commercial producer with Liberty Mutual in 1982. He was awarded the Liberty Mutual Millionaire's Club status in 1984 and received his Associate in Risk Management (ARM) designation in 1985. Scott then joined Nationwide Insurance in 1986 as the first commercial agent hired in that company’s expansion of commercial insurance into Colorado. He was one of Nationwide's first agents to achieve independent status in 1989, opening the first agent office in Colorado.

Scott has served on many boards and committees including the board of Professional Insurance Agents of Colorado from 2011 to 2017, and Secretary Treasurer for this organization from 2012 to 2017. He is a graduate of Colorado State University.

Don serves as Vice President and Director of Risk Services at CRS. He has nearly 30 years of experience in the insurance industry and has worked on both the company and agency side. He is active in the community, participating in many different philanthropic activities—his favorite being the Courage Classic, which benefits the Children’s Hospital Foundation. Don became a Principal at CRS in 2017. He is a graduate of Illinois State University.

Eric Johnson started his career as a commercial insurance and risk management advisor when he joined CRS Insurance Brokerage in 2007. After earning his bachelor’s degree in Business Management from Metropolitan State University, he obtained his Certified Insurance Counselor (CIC) designation in 2012 and became a Partner at CRS in 2018.

Eric helps his clients understand that an insurance policy is merely one way that businesses can manage their risk. In addition to managing a client’s insurance needs, Eric helps them design, implement, and optimize all other tools utilized in risk management. Eric gives back to the Denver community by donating his time to various family and youth-orientated organizations. When he isn’t in the midst of a home improvement project or tinkering in the garage, you can find Eric camping in the mountains with his wife and two boys.

×
Lori Ashley, CIC, CRM, MLIS Director of Business Development Lori spent her career in sales and business development roles prior to joining CRS as a Commercial Insurance Advisor in 2015. Lori earned her Certified Insurance Counselor (CIC) and Certified Risk Manager (CRM) designations in 2017 and 2019 respectively. In 2020, Lori assumed the role of Director of Business Development with responsibility for all sales departments at CRS. Lori has held various board positions and currently serves on the board of the Agents Service Corporation, a subsidiary of PIIAC. Lori is a graduate of Colorado Christian University where she earned her undergraduate and master’s degrees. While not at work, Lori enjoys supporting local restaurants with friends and family, gardening, and spending time in the mountains.
×

She is actively involved in the community, serving on the CRS philanthropic committee where she helps to support many organizations including Children’s Hospital, Freedom Service Dogs of America, and Brent’s Place. Cally also serves as a member of the PIIAC events committee.

In her spare time, Cally enjoys traveling with her family and spending quality time with her friends.

Sarah serves as Director of Finance at CRS. A graduate of Westland Christian Academy of Lakewood, CO, Sarah has nearly 15 years of experience in the finance industry, working on the insurance agency side. Outside of work, Sarah enjoys the outdoors and spending time with her family and friends.